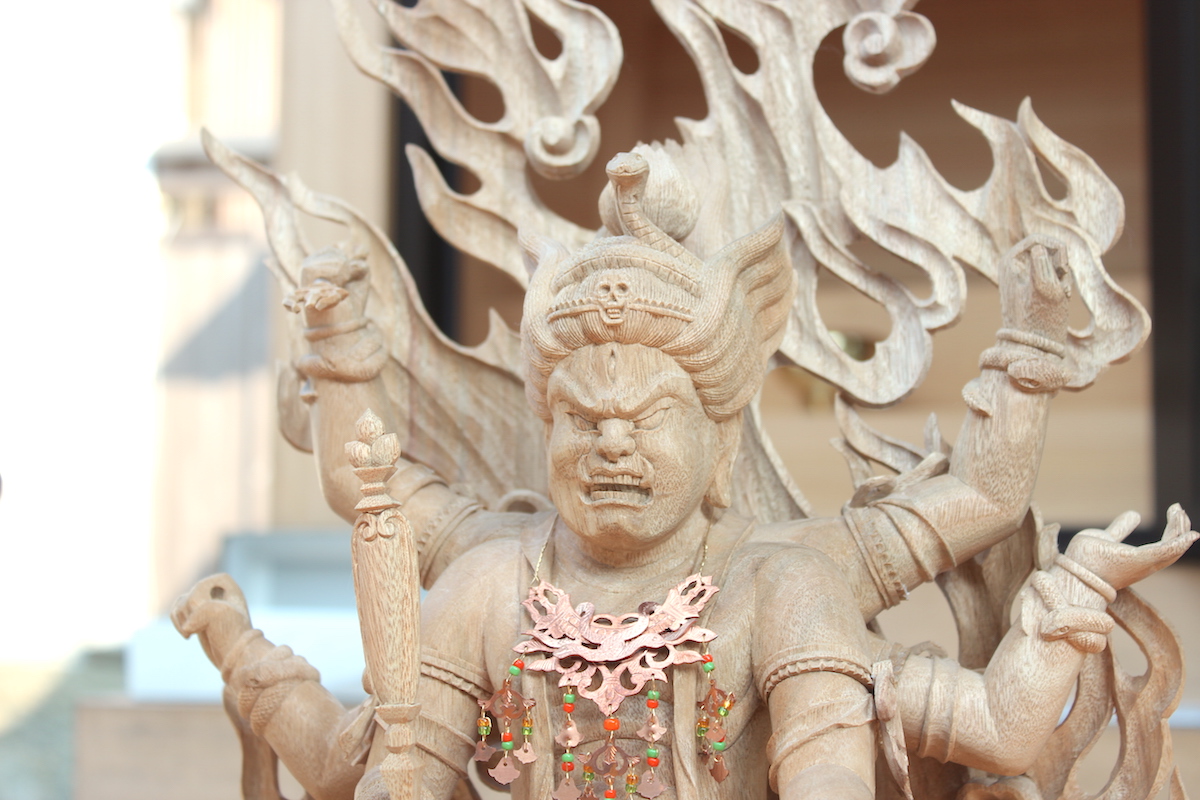 The wooden statue of Ususama Myo-o（Ucchusma）* was made of camphor wood, and it can be said that it is the most recent statue in our temple's history.
Rinshi Tachibana, a sculptor of Buddhist statues, created this statue, and took 6 months to finish it.
Moreover, Tachibana also worked on the restoration of the Thirty-three Kannon statues owned by our temple.
Ususama Myo-o is a deity which is believed to burn away all impurity and obstructions.

*Myo-o（Ucchusma）can be translated as "Wisdom Kings," which originates from an esoteric tradition. Their most prominent characteristics are their wrathful facial expressions. However, the reason for these angry expressions is considered to be for the saving of mankind, which has slipped through the hands of Nyorai（Tathagata）and Bosatsu（Bodhisattva）, using intimidation and threats.