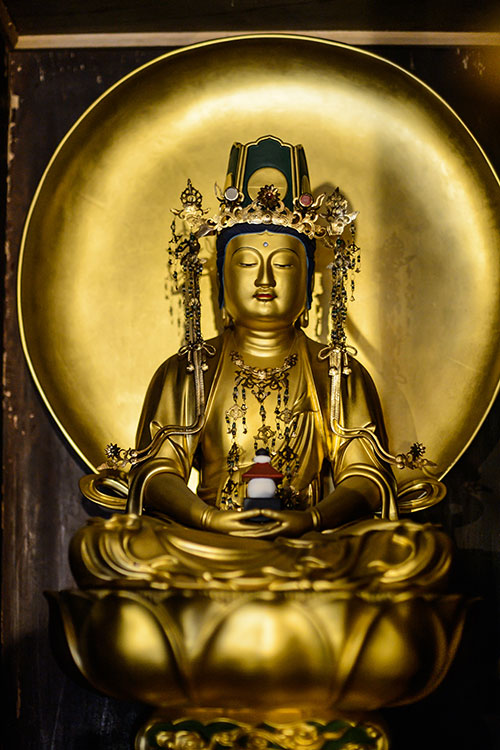 This wooden statue was built as a "commemoration to the one million recitations of the Komyo Shingon (Mantra of Light)" during the Edo period (1600-1867).
It is said that the petitioner was a nun who was an apprentice of Zentsu-ji Temple in Kagawa, and 14 members of religious association in a neighboring village dedicated the statue together as a commemoration.
This nun passed away in May 1806.
At that time, the same religious association built her tomb and recited the Komyo Shingon one million times on that occasion.
A memorial tower dedicated to the nun has a seated statue of Amida Nyorai（Amitabha Tathagata）on it, and is enshrined in Amida-do Hall, which is located south-east of the Main Hall.
The nun, "Shinkoteien" was an apprentice of Zentsu-ji Temple, and also "the petitioner of 'Toinjo Settai-do.' "

*Daishi-do is the hall with an enshrined statue of Kobo Daishi（Kukai）.