Dainichi-do Hall (the Main Hall of the temple) 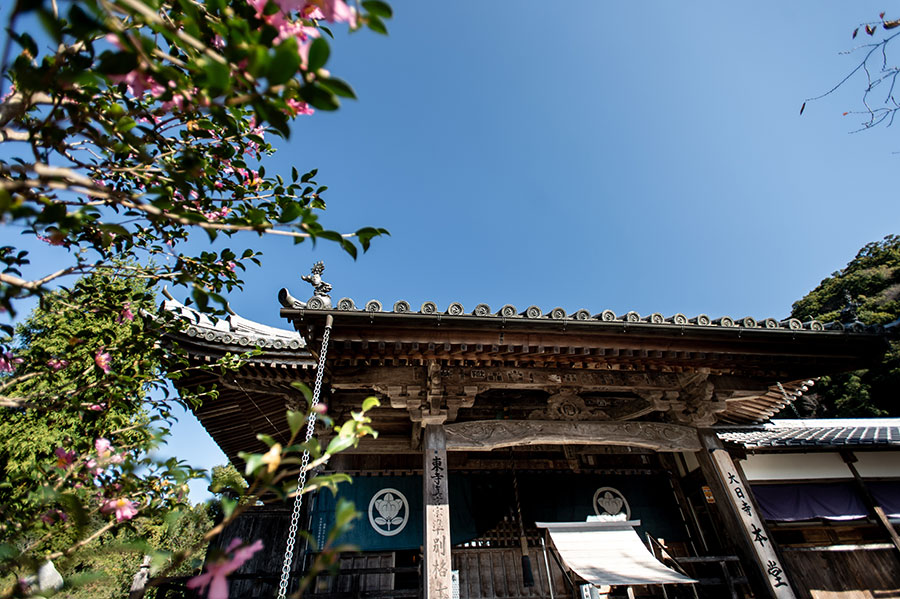 This building was built in 1649 according to the sign attached to its ridgepole at construction time, and another sign informs us that the restoration was done in 1799.
However, the restoration may have been done gradually because the type of chamfering on the pillars is different when you compare the ones for main building and for the pent roof. There are also differences in the decorative carving on the double ornamental beam of the gable decoration.
The basic design of building is done in traditional Japanese style, but it can be said some styles are blended because some parts are made with the Zen-sect style, such as the Chimaki-bashira（a pillar which is narrower on the upper and lower ends）, Kagami-tenjo（literally means "mirror ceiling" but it doesn't use an actual mirror, and is a ceiling with a flat board without ribs or grilles）, and so on.
Dainichi-do Hall is valuable because this building was done in the style of esoteric Buddhism's main hall.Also, we can infer its high social status by looking at the family crest of Hachisuka（the feudal lord who ruled Tokushima between 1585-1871）on the support placed between the frameworks over the pillars.

The Zushi（a miniature shrine with double doors）in the hall has brilliant coloring which is quite different from the style of the one in the main hall.
It also has hip-gable roof structure in the "noki-karahafu" style（the gable with a Chinese style rounded eave）in front.